Some Incredible facts about FDS!

3 - The number of our players that have had England trials

5 - We have had the pleasure to learn from and spend time with 5 Brazilian legends: Paolo Cesar, Careca, Jairzinho, Socrates & Carlos Alberto.

9 – Players who all trained at FDS, all played for the same junior team in Harrogate and all were scouted to join professional academies

18 - The number of trophies won in 6 years by a local junior team where all the players trained with FDS Harrogate.

37 – We don’t run teams but occasionally take a group of our players to play Professional Clubs. To date we have achieved 37 victories over Professional Academies & Centres of Excellence.

2013 - This was the year that we were crowned National Street Football Champions.

5,000 - Over 5,000 local children have benefitted from our coaching programme

76,000 - We have performed demonstrations at the Sheffield Arena (masters football) , The Riverside, Middlesbrough FC, Grass Roots Football Show, NEC Birmingham, Harrogate Town and in front of 76,000 people at Manchester United. 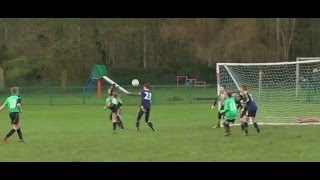